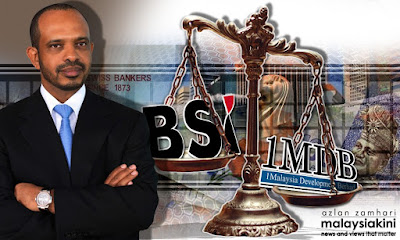 Lawyer: Yeo was 'just only middleman' for Jho Low, associates

Philip Fong, who was cross-examining Amicorp relationship manager Jose Renato Carvalho Pinto, in Yeo's trial in a Singapore court, asked that Yeo was relaying instructions to Amicorp on behalf of his client Aabar and Mohamed Ahmed Badawy Al-Husseiny, then the chief executive officer of Aabar Abu Dhabi, to which the witness agreed.

Fong: Yeo was just an intermediary and messenger?

Fong: But Yeo wasn't given any power of attorney, and had no authority to make decisions on behalf of his client.

Fong: When Yeo was processing payment of US$1.36 million for the 27 tickets to Manny Pacquiao boxing match at the MGM Grand in Las Vegas, he was merely doing it on Jho Low's close business associate Eric Tan Kim Loong's instructions.

Al-Husseiny, along with Jho Low were among the four named directly in the United States
Department of Justice's civil suits regarding alleged kleptocracy involving 1MDB.

Yeo is facing four counts of perverting the course of justice by allegedly urging witnesses to lie to the police while he was released on bail, after police arrested him on March 17. This is in connection with Singapore's largest money-laundering probe related to 1MDB.

He is also facing several counts of money-laundering, cheating and forgery in a separate trial scheduled for next year.

Fong also disputed Pinto's testimony yesterday regarding Yeo's jet-setting lifestyle after leaving BSI and joining Jho Low and the counsel also questioned whether the witness testimony was correct when he claimed that his client only “travel less than three times in private jet for work purposes only”.

Yesterday, prosecutors discovered there are at least three other entities with identical or almost identical names to Aabar Investments PJS, a subsidiary of the Abu Dhabi-based International Petroleum Investment Company (IPIC), reports The Edge Markets.

Al-Husseiny, who is former Aabar PJS CEO is listed as director of these three “Aabars”.

The US DOJ filed a civil suit, claiming, among others, that the BVI-incorporated Aabar Investments PJS Limited was used to divert US$1.367 billion in proceeds from two bond sales made by 1MDB.

Pinto testified yesterday that Yeo told him to open a bank account for a Samoa-incorporated company called Aabar Investments PJS Limited, whose director was also Husseiny.

The witness also said that Yeo had an “upgrade in his lifestyle” after he left BSI and started working with Husseiny and tycoon Low Taek Jho.

“He changed his watch as well. His lifestyle definitely changed.”

Yeo had engaged Amicorp to help with administrative work related to setting up trusts, offshore entities and bank accounts for BSI’s clients.

Yeo purportedly took care to “compartmentalise” his dealings with various parties. Pinto said Yeo asked him to blind carbon copy him on three different email accounts, each for work related to different people.

He communicated with Pinto via the Telegram app, and the latter claimed that Yeo often“destroyed” the messages between them.

Yeo even asked him in March to destroy his laptop and stay away from Singapore.

Pinto believed that Yeo wanted the laptop to be destroyed for fear that the Commercial Affairs Department would get hold of it and ask him to explain the significance of documents, emails, and other data contained within it. 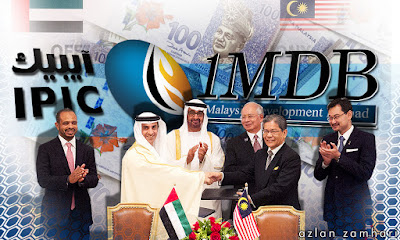 Look at the current narrative coming out of the Prosecution Witness in the Singapore 1MDB court case
"He communicated with Pinto via the Telegram app, and the latter claimed that Yeo often“destroyed” the messages between them.
Yeo even asked him in March to destroy his laptop and stay away from Singapore.
Pinto believed that Yeo wanted the laptop to be destroyed for fear that the Commercial Affairs Department would get hold of it and ask him to explain the significance of documents, emails, and other data contained within it."
https://m.malaysiakini.com/news/362056


Now compare that to Sarawak Report initial expose in February 2015
“1MDB has been collecting employee laptops and company-issued handphones today. Staff were contacted in person or by phone call and informed to hand them in to IT. No emails or text messages were sent. On asking the reason for the hand-in staff were advised that there has been a hacking attempt and that therefore the company is collecting all laptops and handphones in order to wipe them (wipe the discs clean) before they are returned. Parallel to that the main servers are being wiped. If you try to email a 1MDB employee now the email will bounce back as undeliverable. Obviously the reason given is incredulous to say the least”
http://www.sarawakreport.org/…/computers-and-servers-all-w…/


Do you all really think that all this communication with the fraudsters can be wiped out that easily?
Do you really think Google via Gmail does not store all the data?
I wonder what our very own Auditor General found out with regards to all the historical communication data ?
Sampai bila nak menyorok bawah OSA?
Ayoyo.....jangan la malu malu...dulu penjenayah ni kecoh sekampung menjerit good governance dan transparency.
So Malaysian Cabinet Members
STAND UP AND GROW SOME BALLS
RESIGN EFFECTIVE IMMEDIATELY
ALL YOU HOLDING HIGH OFFICE IN ATTORNEY GENERAL, PDRM, BANK NEGARA MALAYSIA, SPRM AND SC SHOULD ALSO DO THE SAME
LET HIM BE BY HIMSELF
SOON ALL THE PUZZLES WILL BE SOLVED AND GUESS WHERE WILL THE FINGER BE POINTING TO?
sumber 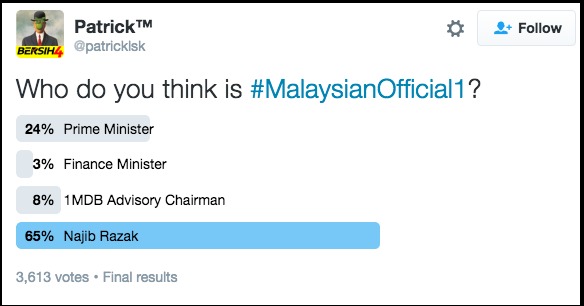