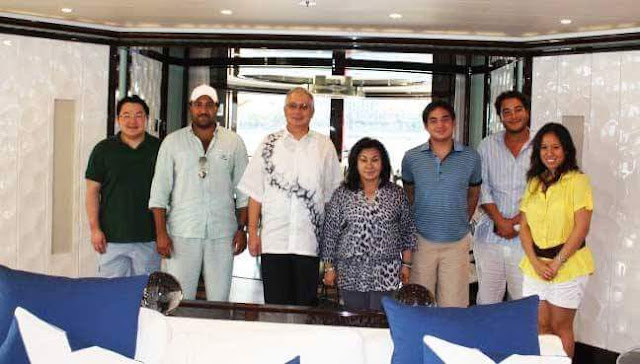 Fraud And Impersonation - The Details Come Out

Evidence laid before the Singapore Court in the Yak Yew Chee case has provided more devastating details of the money-laundering from the proceeds of 1MDB, with Jho Low at the centre of it.

However, no one in Malaysia can be under any illusions as to whom Jho in turn was working for. The sole authorised decision-maker at 1MDB was the Prime Minister, Najib Razak and till this day that Prime Minister refuses to acknowledge anything wrong in the fact that over half the money that was raised in borrowing by the fund has now been traced through Low’s web of accounts, purchases and massive pay offs.

The largest single payment went to Najib himself, after all – $681 million into his AmBank account in March 2013 – and there were several further separate multi-million dollar payments into the PM’s various accounts.

The Singapore investigators laid out an example of how one of the major tranches stolen from 1MDB’s second $1.75 billion bond issue for 1MDB Energy (Langat) Ltd passed through several stages:

How Singapore investigators mapped out the evidence

The US Dept of Justice has already spelled out how money from Selune was then spent on purchases in the US.  Using the client account of the lawyers Shearman in New York, he spent  $27,247,677.74 on the purchase of the Time Warner Building Penthouse and Storage Unit 1.  Another $37,882,800 was used to buy the so-called Oriole Mansion in Beverley Hills.

It was important for the money to look clean therefore and Low had therefore routed the cash through one of his father’s accounts at the same BSI Bank before sending it back into his own account, so that he could claim that it had been gifted to him as part of long-standing family wealth.

Yak had broken the rules of the Bank and anti-money laundering regulations by not reporting the suspicious manoeuvre and by sending an unauthorised letter to Rothschild Bank in Zurich to confirm that the hundred and ten million dollar sum had been passed to Jho by his father.

“We wish to confirm” [read the letter sent by Yak but drafted by Low]”…The Low Family is a substantial client …. Mr Low Hock Peng has transferred USD150 from his BSI Bank account in full to Mr Low Taek Jho’s account with BSI Bank…..”

Given Yak knew this wasn’t true, he had tried to cover himself by emailing Jho to ask him why he was flipping this money between his own and his father Larry’s BSI accounts?

“Dear Mr Low, Would appreciate if you could explain the rationale for the transfer of funds from ADKMIC [owned by Jho] to Dato Low hp to Low. tj” emailed Yak.

Low’s reply really takes the biscuit.  Copied to Yak’s circle in the bank Jho Low waxed lyrical for a whole page talking about the Chinese cultural legacy of being a dutiful son:

“Therefore, when good wealth creation is generated, as a matter of cultural respect and good fortune that arises from respect, we always give our parents the proceeds. This is part of our custom and culture.  It is of course then up to the parents/elder to determine what to do with the funds and in this case, my father receives it as a token of gesture, respect and appreciation and decides to give it back to me for me to then subsequently provide a portion for the benefit of the family trust”

This pious hypocrisy surely rivals and probably surpasses the similar ludicrous and hilarious letters offered up to AmBank Managers from the bogus Prince Abdulaziz al Saud, claiming that he so much admired Najib’s ‘moderate Muslim agenda’ that he was paying him a total of over a billion dollars through a variety of his accounts, including Blackstone Asia Real Estate Partners Limited (BAREPL) also used above.

He then, as we all know, went to splurge that cash in the most gross fashion imaginable on lunatic excesses of alcohol and lewd entertainment. Large quantities of drugs and available women were a signature of his parties and those of Khadem Al Qubaisi, Hollywood insiders are now acknowledging.

But, let us not forget his attitude arose from what he had grown up to see as the world around him and from the directions of his own boss, The Prime Minister.  As he said in an interview to Euromoney last year, shortly after the PetroSaudi/Good Star scandal broke:

“I feel it has gotten to a point where it has become ridiculous,” he said. “There are all these guys with arrows out for me. There seems to be a very coordinated attempt to say, ‘This young Chinaman, it’s all his fault, he caused the failure of 1MDB, he advised the PM and everything is screwed up now’.”
Jho Low said that there are so many other people (in Malaysia) who get away with ridiculous billions and billions worth of projects, implying that nothing happens to them. “But every single time there’s a political attack, wow, Jho Low is there again,” he said. “These Umno guys are spin masters. They know all sorts of nonsense. All these guys go round and round. I say, ‘It’s very simple. There’s a Board. Who is the shareholder?”

So, Jho Low plainly feels sorry for himself and reckons he is only doing what everyone else in UMNO has done, getting away with “ridiculous billions and billions worth of projects“- and he points the magazine to the 1MDB shareholder, who is really in charge, Najib.

Insiders have told Sarawak Report that wife Rosmah used to complain on the phone continuously to Jho when money took time to arrive from 1MDB: “He should remember it is not just his money”, she would bark.

“Tell her it is not easy and it takes time”, Jho would message intermediaries

Now we know exactly how the process worked and why sometimes Rosmah had to wait.
sumber 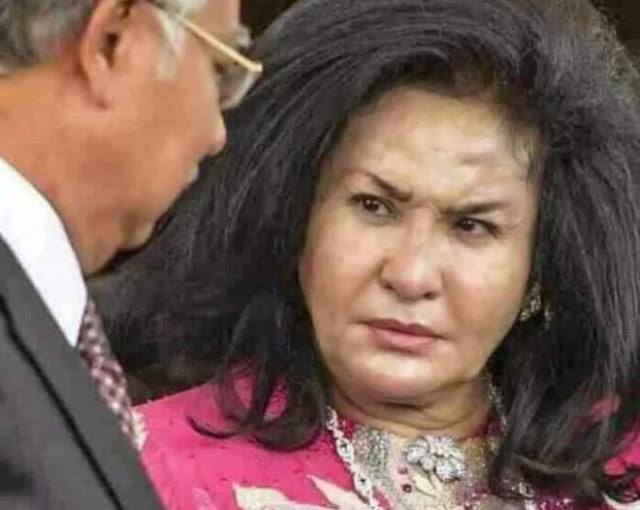