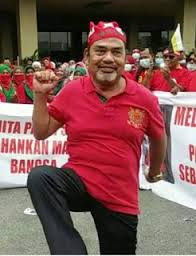 Signs of A Morally Dysfunctional Society

THE attack on the Shah Alam Amanah Negara’s Member of Parliament, Abdul Khalid Abdul Samad, in the Parliament House on Thursday by rowdies is symptomatic of a morally dysfunctional society.

And since the alleged attackers are Malays, their uncivilised action brings bad name of the whole race. It’s the case of “kerana nila setitik rosak susu sebelanga” (because of a drop of indigo, the whole pot of milk is spoilt). The English equivalent is one bad apple spoils the barrel.

According to media reports, the rowdies were members of the Pasir Salak, Perak, Umno Youth division. Since then, the police have ordered Firdaus Tajuddin, 34, the son of the Pasir Salak Umno MP and deputy agriculture minister, Tajuddin Abdul Rahman, and nine others to surrender.

But a Singapore Straits Times online report says the police had arrested 12 individuals to assist in the probe. They roughed up Khalid for damning Tajuddin by calling him “sial” (damned).

Apart from being Malays, these mature people are also Muslims as their beautiful Arabic names suggest. And they are no ordinary Arabic names either. Firdaus in the Quranic language means heaven and Norfirdaus means the light of heaven.

But together they had wreaked havoc, insulted the sanctity of the House of Parliament and brought bad name to the Melayus.

It appears that neither their bangsa (race) nor agama (faith) helped them to act in a civilised and rational manner – in a budiman way.

The Malays, by the virtue of their race are supposed to be imbued with “budi” (courtesy) while their religion is supposed to inculcate in them “iman” (piety) thus making them “budiman”. But the attackers had not exhibited these redeeming qualities.

What took place tells me that the society has gone back to the time when differences were settled with the use of raw muscles instead of the grey matter.

The Thursday incident brought my memory back to my village in Kedah during the 1950’s and 60’s, when petty quarrels and differences often degenerated into duels to the death.

That was what happened to a family friend of ours – a pendekar we called Pak Su Salleh. He was the younger brother of the local State Assemblyman.

But the people who attacked Khalid at the Parliament were no brave pendekars. They were more like “kawar” (cowards) and ruffians – some 20 young men and women pouncing on a solitary middle-age MP.

They had taken power into their own hands and shown total disregard for the sanctity of the august House. If Khalid’s intransigence broke the parliamentary order, it would be for the Speaker to punish him.

And Tajuddin is no angel either. He is known for his foul-mouth. He had just made fun of the name of the Seputeh DAP MP, Teresa Kok.

It is for thing like this that I keep saying that Malaysia can never achieve the status of a developed country. We do not have the quality and characteristic of a developed society.

Far too many people in the position of power are rude and crude. They lack civility and wisdom. The Prime Minister, (Datuk Seri I Mappadulung Daeng Mattimung Karaeng Sandrobone Sultan Abdul Jalil) Mohd Najib Abdul Razak, had been reported to called Felda settlers who opposed the Barisan Nasional as “haram jadah” (bastards/illegitimate child) and the quarreling Umno bloggers “bangang” (stupid).

We might one day become rich like Mohd Najib had envisaged in his recently launched T50 vision, but still not developed.

Cash may be king but having a lot of money does not automatically make a country developed and its society civilised. There are many rich countries that are undeveloped and uncivilized. 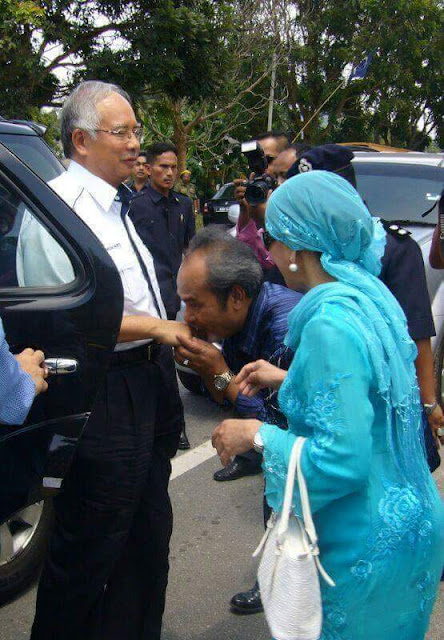