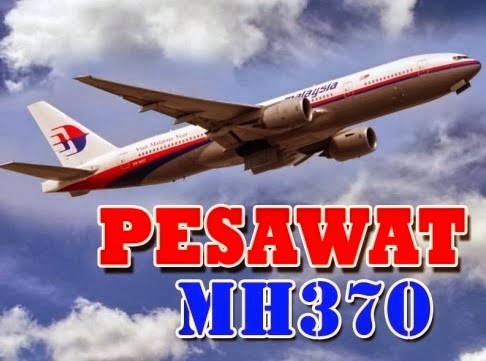 MH370 A French magazine has published a new conspiracy theory that Malaysian Airlines MH370 could have been shot down by the US Air Force fearing another Sept 11-like attack.However, Inspector-General of Police (IGP) Khalid Abu Bakar stressed that such claims must be substantiated with evidence.In the absence of evidence, he said these allegations only serve to strain diplomatic ties and compound the anguish of the passengers' loved ones.

"We must be considerate to the families who are still without closure."The primary objective is to locate the plane and only then can we truly establish what had transpired."Until then it is a case of shooting in the dark," Khalid (right) told Malaysiakini in a text message today.According to the Paris Match magazine, former airline boss and French author Marc Dugain suggested a possible cover-up and speculated that the modern Boeing 777 jet could have been remotely controlled and shot down by the US.Dugain, who once helmed the now-defunct Proteus Airlines, said the US has always officially denied that MH370 came anywhere near Diego Garcia, a British island in the middle of the Indian Ocean.However, when he travelled to neighbouring Maldives, residents there told that they saw the missing airliner fly in the direction of Diego Garcia."I saw a huge plane fly over us at low altitude. I saw red and blue stripes on a white background – the colours of Malaysian airlines," a fisherman on Kudahuvadhoo island had told Dugain, and he claimed that other witnesses confirmed the sighting as well.'Soft' remote hijacking?MH370 was on on its way to Beijing on March 8 when it made a turnback while at the South China Sea, and was said to have headed south.The loss of the aircraft is touted as the greatest mystery in modern aviation history and a search is underway at the south of the Indian Ocean near Perth nine months after the plane was reported missing.Meanwhile, Dugain suggested that the Boeing 777 aircraft could have been hijacked by a hacker."In 2006, Boeing patented a remote control system using a computer placed inside or outside the aircraft," he noted.This technology lead Dugain to the idea of a "soft" remote hijacking.The former airline boss also suggested that a fire could have led the crew to deactivate electrical devices, including transmission systems.Dugain suspected that the plane then headed to Diego Garcia, where a number of scenarios might have been in play – including the US Air Force shooting it down for fear of another September 11-style attack.