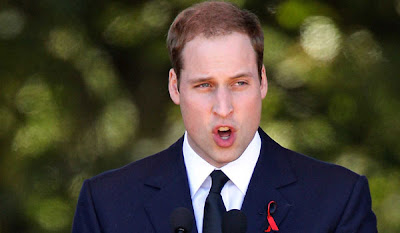 'I Made A Terrible Mistake' Says Heir To British Throne

LONDON—Barely a month after marrying 29-year-old Kate Middleton in a royal wedding ceremony watched by an estimated 2 billion people worldwide, Prince William announced Tuesday that he and Middleton have divorced and that the entire marriage was "a tremendous mistake in every possible regard." "I really don't know what I was thinking—we're a terrible match, I don't love her and never have, and, to be honest, I never really had any interest in being married in the first place," announced the now unattached Prince William to a dead-silent British press corps. "People thought our wedding was some sort of fairy tale, but I assure you it was all just some ghastly ceremonial farce that got out of hand. I'm just relieved it's over, frankly. And I'm glad I'll never have to see that awful woman again." Prince William then told the assembled reporters, "Well, see you all later," smiled, and walked back into Buckingham Palace.