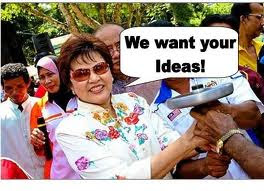 I challenge Teresa Kok. I challenge all those who constantly champion the issue to stand up and make it very clear, the tourism minister told reporters at the ministrys Aidilfitri open house here last night.

On Monday, Pas secretary-general Mustafa Ali directed all Opposition pact leaders not to make any statement on the hudud issue until their monthly meeting today.

Mustafa had said this was agreed upon by him, Parti Keadilan Rakyat secretary-general Saifuddin Nasution Ismail and DAP Youth head Anthony Loke.

Dr Ng said this was the second time the Opposition pact leaders were asked not to make any statement on certain issues, including the incident at a church in Selangor last month.

She said Opposition leaders should follow an open policy adopted by the Barisan Nasional on any issue.