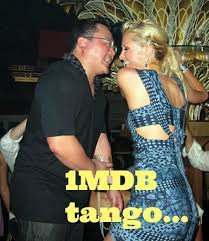 Setelah mencapai kemenangan bergaya didalam Pilihanraya Negeri, Pemimpin Sarawak melahirkan rasa kecewa mereka kerana kehilangan kerusi Menteri Pusat yang disandang oleh wakil mereka selama ini..!
Natural Resources and Environment Minister Wan Junaidi Tuanku Jaafar was expecting a Sarawakian deputy minister to be elevated to a full minister’s position in yesterday’s Cabinet reshuffle, The Star reported.
However, Prime Minister Najib Razak appointed Selangor Umno chief Noh Omar as the Urban Wellbeing, Housing and Local Government Minister instead – a decision that Wan Junaidi accepts.
“The Prime Minister has made a point that he would like somebody else. I can understand the reasoning because Selangor has not had a minister for a long time,
“Selangor has shown its capacity to win seats during the last polls. Therefore, I think that’s the rationale behind the appointment of Tan Sri Noh Omar,” Wan Junaidi was quoted as saying by The Star.
Sarawak lost a representative in the Cabinet with the resignation of Plantation Industries and Commodities minister Douglas Uggah Embas who has moved to the state as Deputy Chief Minister. Gerakan president Mah Siew Keong, who won the Teluk Intan parliamentary by-election in 2014, replaced Uggah.
Meanwhile, the local daily also quoted Sarawak Deputy Chief Minister James Masing as saying he was disappointed that a Sarawakian was not appointed to fill the ministerial position left vacant by Uggah.
“As a fellow Sarawakian, I am disappointed that Uggah’s position has been allocated to a politician from peninsular Malaysia.
“We’ve lost one full minister and in compensation, we are given a deputy minister in Datuk Henry Sum Agong,” Masing was quoted as saying by The Star.
sumber
Macam dah kena kencing jer..!
Siapa yang kuat kencing?
Lu Fikir La Sendiri!!!
Posted by PUTRA MERDEKA at 9:19 PTG