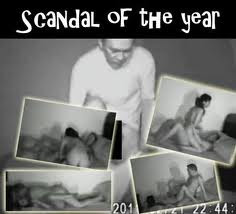 Federal opposition leader Dato’ Seri Anwar Ibrahim has today commenced legal proceedings against one Wan Muhammad Azri b Wan Deris who is the owner/operator of the Umno-linked website known as ” Papa Gomo “. On 16th March 2013, the Papa Gomo website published fake photos and vicious allegations against Dato’ Seri Anwar in an attempt to implicate him in another fabricated sex video. The faking and distribution of photos and false allegations of a sexual nature against Dato’ Seri Anwar has become a trademark of the gutter politics practised by Umno and its bloggers.

The blogger Papa Gomo is notorious for his close and confidential ties with the Umno leadership, including Umno Vice President Datuk Ahmad Zahid Hamidi. In December 2011, the blogger was even allowed privileged access to KD Tun Razak, which is one of our Navy’s newest and most advanced submarine, during a controversy between BN and PR on defence capabilities.

The hidden hand of Umno is thus clearly present behind this latest disgusting attack upon the character and reputation of the leader of Pakatan Rakyat. Umno’ s heavy reliance upon this type of sleazy politics and dubious bloggers highlights their utter moral and ethical collapse. It proves Umno-BN’s complete unfitness to continue to rule and administer our nation.

In the letter of demand sent today, Dato’ Seri Anwar’s solicitors have demanded that the blogger Papa Gomo withdraw his malicious allegations, apologize within 48 hours from today, and pay damages in the sum of RM 100 million. The sum of damages demanded reflects the blogger’s close ties with Umno amd Umno’s clear backing for him.