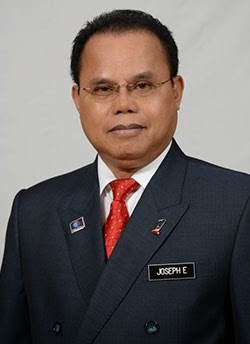 
KUCHING: A private secretary of a federal minister who allegedly made false claims has been remanded for seven days to assist Malaysian Anti-Corruption Commission (MACC) in their investigation.

The 41-year-old private secretary to Minister in the Prime Minister’s Department Datuk Joseph Entulu Belaun was brought to the Magistrate’s Court here yesterday morning to be remanded until April 20.

MACC deputy public prosecutor Low Chin How made the application to complete their investigation and the hearing was made in camera before magistrate Zulhairil Sulaiman.

The Court has a special room for any remand case to be heard but earlier on, defence counsel Wit Malang, who represented the suspect, applied for the application hearing to be in camera on the ground that his client was a “very important person”.

The suspect is accused of making false claims for some functions, involving an amount of up to RM500,000.

The investigation will be conducted at MACC headquarters in Kuala Lumpur.

Meanwhile, when contacted, Entulu expressed shock but still had confidence in his private secretary, claiming that “he has done no wrong as my SUSK (private secretary to the ministry).

“He is only being investigated. MACC officers brought him to court to ask magistrate for extended remand to enable further investigation.

“So, it was not an arrest and (he has) not been charged (yet),” said Entulu in a short message service to The Borneo Post yesterday.