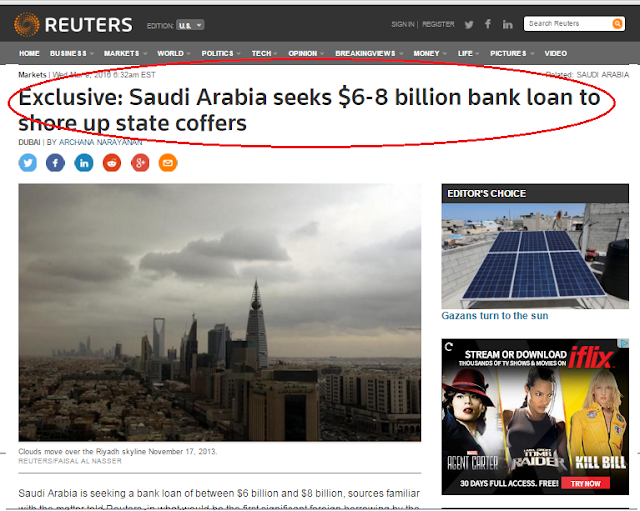 Saudi Arabia is seeking a bank loan of between $6 billion and $8 billion, sources familiar with the matter told Reuters, in what would be the first significant foreign borrowing by the kingdom's government for over a decade.
Riyadh has asked lenders to submit proposals to extend it a five-year U.S. dollar loan of that size, with an option to increase it, the sources said, to help plug a record budget deficit caused by low oil prices.
The sources declined to be named because the matter is not public. Calls to the Saudi finance ministry and central bank seeking comment on Wednesday were not answered.
Last week, Reuters reported that Saudi Arabia had asked banks to discuss the idea of an international loan, but details such as the size and lifespan were not specified.
The kingdom's budget deficit reached nearly $100 billion last year. The government is currently bridging the gap by drawing down its massive store of foreign assets and issuing domestic bonds. But the assets will only last a few more years at their current rate of decline, while the bond issues have started to strain liquidity in the banking system.
reuters
Minta si cina jolok jadi orang tengah macam dolu dolu ler..! Tak gitu?
Lu Fikir La Sendiri!!! 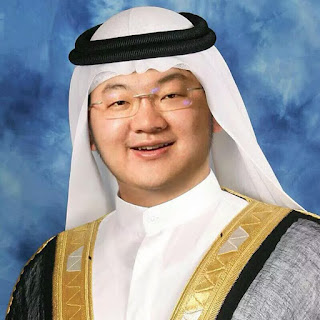 Posted by PUTRA MERDEKA at 4:15 PTG