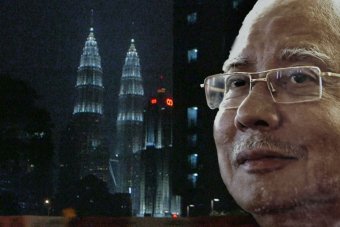 Monday 28 March 2016
State of Fear: Murder and Money in Malaysia.
"I think there is an atmosphere of total terror."
It's a story of intrigue, corruption and multiple murders, stretching from the streets of Malaysia's capital Kuala Lumpur, to Switzerland, France and the US as well as Hong Kong and Singapore, all the way to Australia's doorstep.
"He said 'You know I can't talk much, he said, because my phone might be bugged'".
The money involved is astonishing.
"The person who made the gift must be extremely rich to be able to just give away US$681 million."
"The fact that it's going to the personal account of the Prime Minister is unprecedented."
And the escalating scandal is threatening to bring down Malaysia's Prime Minister.
"This charge sheet was the smoking gun."
Four Corners reporter Linton Besser investigates two sets of extraordinary allegations of bribery and corruption: one involving a massive arms deal; the other, the Malaysian sovereign wealth fund. It's a story that's made headlines around the world.
"Hello Mr Prime Minister, ABC Australia. I'm wondering if you can explain the hundreds of millions of dollars in your account?"
Linton Besser's pointed questions landed him and cameraman Louie Eroglu in serious trouble.
"I've been placed under arrest ...we are waiting for some legal advice but at the moment it looks like they intend to charge us."
On Monday night Four Corners will reveal new allegations about the staggering sums of money that have flowed into the bank accounts of Najib Razak.
And as the scandal grows, so does the crackdown on the Malaysian Government's political opponents.
"They're just threatening people now and it's very effective."
State of Fear, reported by Linton Besser and presented by Sarah Ferguson, goes to air on Monday 28th March at 8.30pm
sumber
Itu pun kalau masih ada 'kemaluan' ler..!
Lu Fikir La Sendiri!!!
Posted by PUTRA MERDEKA at 7:39 PTG