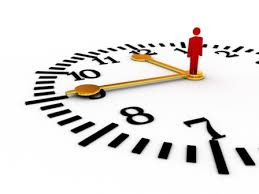 Has Tengku Razaleigh Eaten the Dedak?

APART from a brief reference to Tengku Razaleigh Hamzah’s 360-degree about-face in the update to the March 23 posting, I had said nothing openly about that event.

For months he was in the forefront of the movement. He was leading a campaign to remove Mohd Najib via a vote of no confidence.He met and received the endorsement of his former Umno rival, Tun Dr Mahathir Mohamad. The latter even made a trip to Sarawak to canvass the support of the state Barisan Nasional members of the Dewan Rakyat.Tengku Razaleigh is known to have met several Malay rulers to inform them of his plan. But over the same period he also met Mohd Najib secretly at home and abroad. It is understood that Mohd Najib had offered him positions in the government.Lo and behold, on March 24 he signed a so-called Kalantan Declaration that pledges support to the Prime Minister. The spontaneous reaction is to accuse him of betrayal of the highest order; of eating the dedak.
But his about-turn did not come as a complete surprise to me for two key reasons.

Firstly, I have known Tengku Razaleigh and his modus operandi since the early 1970’s when he was the Chairman of Fleet Group (the original Malaysian owner of the New Straits Time Press) and President of the Malay Chamber of Commerce. I was then an economic reporter for Bernama. I visited him regularly in Kota Bharu in the late 1970’s when he was spearheading the development of the state after the 1977/78 takeover by Umno.

Secondly, I have been warned by many people, including those who have dealt with him over a long period of time, that for him self-preservation comes. Crudely put, he could not be trusted to march with the masses.One of his former operators said he could not get rid of his princely habit of always wanting to be served and waiting to be “crowned”. The Possible TriggerBut what could have caused this Kelantan prince to make an about-turn?Consider the following possibilities:1. The admission that his no confidence-vote against Mohd Najib has come to naught. He could not get enough commitment from Dewan Rakyat members, via statutory declarations, to convince the House and the Yang di-Pertuan Agong to act against Mohd Najib.2. That he has found other ways of removing the Prime Minister.3. That he has become the latest and the most significant dedak eater to pledge loyalty to Mohd Najib.But there could be another reason - something less sinister. As unlikely as it would appear to a lot of people, he could have entered into a secret agreement with Mohd Najib.This agreement would allow Mohd Najib to make a safe exit and enable Tengku Razaleigh to become the Prime Minister – something that has eluded him for so long.In return Tengku Razaleigh would guarantee that Mohd Najib is given safe passage and no charge is brought against him for the various crimes that he has been alleged of committing.Mohd Najib makes an escape. Tengku Razaleigh becomes the Prime Minister. And the Barisan Nasional remains in power at least until the next general election.Tengku Rarazeigh the Reformist?Or if indeed Tengku Razaleigh Hamzah is serious about finding “a quick settlement to the current problems of governance and leadership,” as was reported by The Star newspaper today, he would do one of the following two things:1. He would form a national unity government comprising all political parties and representatives of civil society organizations, or2. Call for an early general election so that the people can choose a new government that is capable of quickly and amicably settle all problems pertaining to governance and leadership.The Gua Musang MP said that when it came to governance, no one could accuse him of inconsistency.Responding broadly to allegations that he has betrayed public confidence by pledging support to Mohd Najib, Tengku Razaleigh was reported saying:“I am confident that nobody can accuse me of inconsistency in my stand on governance, public responsibility and the need for change.“This has been the theme of my struggle nationally and in Umno since 1987.”
In a meeting I had with him at the height of his no-confidence campaign against Mohd Najib, he shared his vision for the future, which is revolutionary to say the least.

Among other things he wants the Prime Minister’s post to be universally decided and for the Parliament to be answerable directly to the people.

Although he does not participate in the Deklarasi Rakyat, the same ideals are broadly embodied in the declaration which, inter alia, says:

“We call upon all Malaysians, irrespective of race, religion, political affiliation, creed or parties, young and old to join us in saving Malaysia from the Government headed by Dato’ Sri Najib Tun Razak, to pave the way for much needed democratic and institutional reforms, and to restore the important principle of the separation of powers among the executive, legislature and judiciary which will ensure the independence, credibility, professionalism and integrity of our national institutions.”

So which Tengku Razaleigh are we talking about – a saviour, a reformist, a traitor, a dedak eater, a wolf in sheep’s skin or simply a prince who craves for the crown?

Only time will tell.