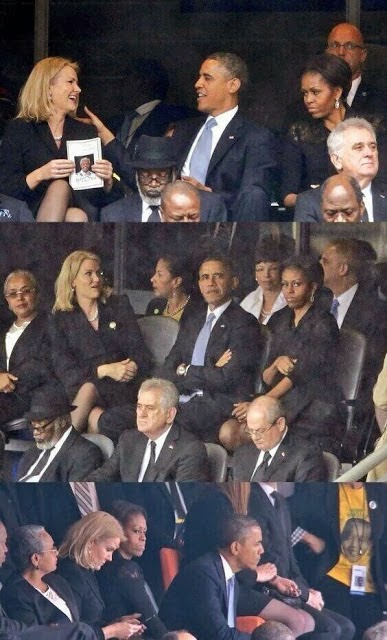 Dear Mr President,
First of all, we welcome you to our country as the first President of the United States to do so since Lyndon B Johnson in 1966. From a country at that time focused on agriculture, we have shifted today towards becoming a manufacturing hub on the verge of becoming a developed nation.
That being said, we would like to raise our concerns on the matter that has been highlighted as one of the major purposes of your visit, the Trans Pacific Partnership Agreement (TPPA).
As our Minister of International Trade and Industry (MITI) Datuk Seri Mustapa Mohamed has pointed out in the press, Malaysia is one of the 12 nations currently involved in negotiating its entry to the TPP. However, we are also the nation with the highest list of demands as well.
This is not due to us being unreasonably difficult, nor are we doing this purely out of an anti-American stance. This is strictly because the TPP raises concerns that would threaten our way of life, our culture and our livelihoods.
We know for a fact that there are chapters in the TPP which will clearly affect the cost of medicine and medical treatment. As a nation with a population that has such a high gap of income between classes, this is not to the benefit of the middle and lower class Malaysian population.
We also know that there is a chapter on investor state dispute settlements (ISDS) which would impinge on the sovereignty of our laws and our Federal Constitution. This is something that we cannot allow on the negotiation table, and we have mentioned this very widely in the Malaysian media as well.
At the same time, Bantah TPPA listened in to a teleconference just yesterday by United States Congressmen Brad Sherman (D – California) and Alan Grayson (D – Florida).
Congressman Grayson pointed out that there was a possibility that Malaysia’s sovereignty and culture, particularly with regards to affirmative action policies for the Bumiputera, would be under threat.
Also highlighted in the teleconference was that there could be American laws that would prohibit the sale of Malaysian goods in their country through the Buy American Act of 1933.
The organisers also points out that 2/3 of Americans polled said they were against the TPPA, along with letters available online which showed that half of the US Congress were not going to back the passing the Fast Track Trade Authority (FTTA), which would have given Obama the mandate to negotiate on behalf of America as a whole and bypassing scrutiny of American politicians.
Unfortunately for Malaysians, the viewpoint that we received from the two American politicians was that there was no possibility that the US Congress would vote to enforce this should it come up again.
Without the FTTA, anything agreed upon in negotiations by the 12 nations co-signing the TPPA will be put in front of the Congress for scrutiny and – if necessary, amendments could be raised by the United States.
Grayson also highlighted that there were already talks among members of the Democratic Party urging Obama to bury the TPPA and start over.
This was due to the fact that the agreement guarantees nothing for the Americans in terms of reducing their trade deficits or even more jobs for your own people.
Mr President, it seems now that the TPPA holds no benefit whatsoever for both Malaysians and Americans alike.
As such, we hope that you listen to your people and do what is best for them, not the multinational conglomerates which are pushing you to do this.
We need to address inequality in Malaysia first before looking at foreign interests and let us make no empty promises.
We hope you enjoy your brief visit to Malaysia.
_______________________________________________________________________
* Nizam Mahshar is the CEO of the Malay Economic Action Council


**The views and opinions expressed in this article are those of the author and do not necessarily reflect the position of Astro AWANI.