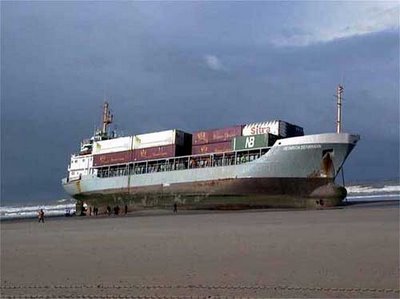 1MDB revelations: Mr PM, you are challenged and dared! Will you sue?
Published at Aliran - Opinions/Features 4 hours ago.
There seems to be no stopping Sarawak Report from exposing an avalanche of news about 1MDB that allegedly accuses the prime minister in a sinister manner and disparages and discredits his character and integrity.
Without let-up, Sarawak Report has come up with new disclosures successively on a daily basis over the last four days.
Sarawak Report seemingly possesses a wealth of damaging information about 1MDB that exposes the concerted efforts by the authorities to conceal and cover up the many wrongs and the mind-boggling blatant corruption that shrouds the 1MDB controversy.
It does no credit to the country or its leaders to constantly deny and condemn as false every time such disturbing news is made public by Sarawak Report. Mere denials without concrete evidence to nail the so-called lies and concoctions do not in any way enhance the government’s claimed version of their truth.
The government’s credibility is absolutely zero as far as 1MDB is concerned. Except for the government leaders and their lackeys, nobody seems to accept the clarification provided to counter Sarawak Report.
To make matters worse, the Sarawak Report publisher Clare Rewcastle-Brown has challenged Prime Minister Najib Razak to initiate extradition proceedings against her so that she can face trial in Malaysia.
“He should get on with it in the most publicly possible way so that all can judge his motives and justifications in an objective court of law – away from judges whom he appointed and controls.
“It is time the world started to learn what has happened to the once largely respectable and law-abiding government of Malaysia,” she said.
She is daring because she claims to have authentic information that will convict Najib in a court of law. She seems to be quoting heavily from the auditor general’s report which has been classified under the Official Secrets Act, thus making it unavailable not only to the general public but also putting it beyond the scrutiny of members of Parliament as well.
Unless the auditor general’s report is declassified, there is no way to verify or refute what Sarawak Report claims. As long as the auditor general’s report is sealed in secrecy, the suspicion that the government is determined to cover up corruption will persist.
But if the government wants Malaysians to believe that Sarawak Report is full of lies and slander and a fabrication by Clare Rewcastle-Brown to denigrate Najib, then here is an excellent opportunity to denounce all the allegedly false reporting of Sarawak Report: declassify the auditor general’s report so that Malaysians can judge for themselves. This is the only way to establish the truth – in the court of public opinion.
If the declassified report does not confirm the so-called false claims of Sarawak Report, then the entire country will rally around the prime minister and roundly condemn Clare Rewcastle-Brown. This will shut her up and bring to an end all the so-called lies and falsehoods concocted by her. If the truth is on the side of the government, there is nothing to fear.
But as long as the auditor general’s report is withheld from the public, Malaysians will continue to disbelieve and doubt the government’s story. The government is morally bound to establish the truth beyond any doubt.
Many Malaysians are wondering why the auditor general’s report is classified under the OSA. What justification is there for it? What incriminating revelation does it contain that the government is so determined to prevent the Malaysian public from knowing?
The question arises: can the government legally prevent this report from being tabled in Parliament for discussion? Has the government the constitutional authority to withhold this report from the elected representatives of the people?
It has been pointed out that the government does not have any such authority to do this. According to Article 107 (1) of the Federal Constitution, “The Auditor General shall submit his reports to the Yang di-Pertuan Agong, who shall cause them to be laid before the House of Representatives.”
It is, therefore, a constitutional mandate for the Agong to cause the report “to be laid before the House of Representatives.” It cannot be ignored or set aside. It is a mandatory provision which cannot be subverted or interfered with. It has to be honoured.
By merely classifying it under the OSA, the report cannot be prevented from being tabled in Parliament. The government has no lawful authority or basis to do so. Parliamentary convention dictates that members of Parliament have a right of access to this report.
Clare Rewcastle-Brown has thrown down the gauntlet. The only honourable thing for the prime minister to do is to pick it up and respond like a gentleman. He cannot be evasive or remain indifferent to this challenge. His credibility and integrity are at stake. He is our prime minister, and he shouldn’t shame us by refusing to sue Clare Rewcastle-Brown.
Let the attorney general, who has cleared the PM from any wrongdoing in the 1MDB saga, lead the charge to secure her extradition from Britain to face trial in Malaysia. The honour of the nation is at stake. He must not fail us.
P Ramakrishnan
Aliran executive committee member
11 July 2016