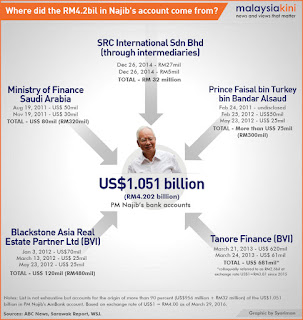 A New Party to Rival Umno

A new political party to rival Umno will be formed, according to Tun Dr Mahathir Mohamad. He would join but might not lead.

He said this to the media after chairing a three-hour long meeting of signatories of People’s Declaration in Putrajaya yesterday.

I was at the meeting. So were leaders of political parties (PKR, the DAP, Amanah and PAS), non-governmental organisations and individuals, including several Umno and MCA veterans.

The meeting heard that a new political party to rival Umno might be formed mainly by those who were sacked from the party or left voluntarily.

The meeting expressed readiness to welcome leaders of the new party into the Save Malaysia movement while political leaders who attended the meeting said the new party is welcomed to join the Pakatan Harapan coalition.

They are expected to lead the new party. Shafie was present at yesterday’s meeting. He is expected to play a major role is his home state, Sabah.

The meeting agreed that the parties opposing the Barisan Nasional and wanting the removal of the Prime Minister, (Datuk Seri Mappadulung Daeng Mattimung Karaeng Sanrobone) Mohd Najib Abdul Razak, should be more focussed, united and inclusive.

For that reason they welcomed the “ceasefire” offer by the PAS Deputy President Tuan Ibrahim Tuan Man and supported plans by the representatives of the NGOs to seek a meeting with PAS leaders.

The NGO representatives and most politicians who attended the meeting were adamant that there should be truce and dialogue among the opposition parties.

The NGOs warned that they would not support the opposition in any multi-cornered fight in the coming general election. They insisted on a one-to-one face off with the BN.

The meeting took note of the revelation by the Sarawak Report of the entire content of the Auditor-General’s report on 1MDB despite it being sealed under the Official Secrets Act (OSA). The meeting wants the banning lifted and the report made public.

The meeting urged every electorate to check their status with the Election Commission regularly to ensure that their names are not illegally erased and their voting place illegally changed.

It was reported that many electors in the recent Sungai Besar and Kuala Kangsar by-elections had discovered at the last minute that their names had either been deleted or transferred to unfamiliar voting areas. This could not have happened had someone not been fiddling with the Election Commission’s registry.

The meeting agreed that the next wave of Save Malaysia campaign would commence soon with more prominent Malaysians from non-political spheres putting down their signatures.

[SIGN your People’s Declaration Here]. Over a million had so far done it.