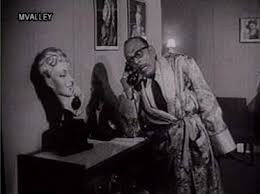 1MDB: The inside story of the world's biggest financial scandal.

On 22 June 2015, Xavier Justo, a 48-year-old retired Swiss banker, walked towards the front door of his brand new boutique hotel on Koh Samui, a tropical Thai island. He had spent the past three years building the luxurious white-stone complex of chalets and apartments overlooking the shimmering sea and was almost ready to open for business. All he needed was a licence.
Justo had arrived in Thailand four years earlier, having fled the drab world of finance in London. In 2011, he and his girlfriend Laura toured the country on a motorbike and, two years later, they got married on a secluded beach. The couple eventually settled down in Koh Samui, a tourist hotspot, just an hour’s flight south of Bangkok. After trying out a couple of entrepreneurial ventures, Justo eventually decided that he would go into the hotel business. He bought a plot with an imposing house and began building: adding a gym, villas and a tennis court.

The Guardian view on Malaysian politics: a scandal meriting the world’s attention

Editorial: Investigations into the 1MDB development fund and a new security law are both cause for concern
Read more
That June afternoon, he was expecting a visit from the tourism authorities to sign off on the paperwork. Instead, a squad of armed Thai police burst through the unlocked door, bundling Justo to the ground. The officers tied their plastic cuffs so tightly around Justo’s wrists that he bled on the dark tiled floor. The police quickly moved into his office, ripping out the computers and emptying the filing cabinets.
After two days in a ramshackle local jail, Justo was flown to Bangkok and paraded before the media, in a press conference befitting a mafia kingpin. Still wearing shorts and flip-flops, he was flanked by four commandos holding machine guns, while a quartet of senior Royal Thai Police officers briefed the assembled reporters on the charges against him.
Justo was charged with an attempt to blackmail his former employer, a little-known London-based oil-services company named PetroSaudi. But behind this seemingly mundane charge lay a much bigger story.
Six months earlier, Justo had handed a British journalist named Clare Rewcastle Brown thousands of documents, including 227,000 emails, from the servers of his former employer, PetroSaudi, which appeared to shed light on the alleged theft of hundreds of millions of dollars from a state-owned Malaysian investment fund known as 1MDB.
The documents that Justo leaked have set off a chain reaction of investigations in at least half a dozen countries, and led to what Loretta Lynch, the US attorney general, described last week as “the largest kleptocracy case” in US history.
According to lawsuits filed last week by the United States Department of Justice (DoJ), at least $3.5bn has been stolen from 1MDB. The purpose of the fund, which was set up by Malaysia’s prime minister, Najib Razak, in 2009, was to promote economic development in a country where the median income stands at approximately £300 per month. Instead, the DoJ alleged that stolen money from 1MDB found its way to numerous associates of Prime Minister Najib, who subsequently went on a lavish spending spree across the world. It also accused Najib of receiving $681m of cash from 1MDB – a claim he denied. Money from 1MDB, the US also claimed, helped to purchase luxury apartments in Manhattan, mansions in Los Angeles, paintings by Monet, a corporate jet, and even financed a major Hollywood movie.
The US justice department breaks the alleged theft down into three distinct phases: the first $1bn defrauded under the “pretence of investing in a joint venture between 1MDB and PetroSaudi”; another $1.4bn, raised by Goldman Sachs in a bond issue, misappropriated and fraudulently diverted to a Swiss offshore company; and $1.3bn, also from money Goldman Sachs raised on the market, which was diverted to a Singapore account.
“A number of corrupt 1MDB officials treated this public trust as a personal bank account,” Lynch told the press last week. “The co-conspirators laundered their stolen funds through a complex web of opaque transactions and fraudulent shell companies, with bank accounts in countries around the world, including Switzerland, Singapore and the United States.” PetroSaudi, which is not a party to the lawsuit, denied the US allegations and said that the DoJ’s asset-forfeiture claims are “no more than untested allegations”.
Najib, who has used every ounce of his power to obstruct investigations into the scandal – a charge he denies – is not mentioned by name in the US lawsuits, which refer to him as “Malaysian Official 1”. But the man at the centre of the intricate swindle depicted in the US lawsuits is an adviser to Najib: Jho Low, a Harrow-educated 29-year-old friend of the prime minister’s stepson. Low, a babyfaced young man who likes to party with Lindsay Lohan and Paris Hilton – and calls his Goldman Sachs banker “bro”, according to the DoJ – is accused by the US of masterminding the theft of $2bn from 1MDB, which was sent to bank accounts in Switzerland, Singapore and the Virgin Islands. Low has said that he has not broken any laws and was not being investigated.

Low’s sidekick is Riza Aziz, Najib’s stepson. Riza produced The Wolf of Wall Street – Martin Scorsese’s tale of corruption, decadence and greed – and both he and Low were thanked by name in Leonardo DiCaprio’s Golden Globes acceptance speech for best actor. In 2011, Low took a 20% stake in EMI, the world’s largest music-publishing company, for $106m – in the same year, he bought a $30m penthouse for his father at the Time Warner Center in Manhattan, overlooking Central Park. Riza’s Hollywood production company has said: “There has never been anything inappropriate about any of Red Granite Pictures or Riza Aziz’s business activities.”
All this and more is laid out in the US filing, which details claims of an amazing heist, carried out by conspirators who rinsed billions from the people of Malaysiathrough offshore accounts and shell companies in tax havens such as the Seychelles and British Virgin Islands. The scale of the enterprise echoes Balzac’s maxim that behind every great fortune lies a great crime.
The global effort to uncover Malaysia’s missing billions began with Xavier Justo. He leaked 90GB of data, including 227,000 emails, from his former employer PetroSaudi, an oil services company that had signed the first major deal with 1MDB. (PetroSaudi denies any wrongdoing.) Without these files, there would have been no reckoning.
Justo’s connection to PetroSaudi was his long friendship with one of the company’s two founders, a Saudi national named Tarek Obaid. The two men had met back in the late 1990s, when they both partied regularly in the nightclubs of Geneva. By 2006, the two men were inseparable: Justo had become an established businessman, running a large financial services firm, Fininfor, and the owner of a Geneva nightspot named the Platinum Club. Justo regarded Obaid as a “younger brother”, and in 2008, lent him $30,000 and a desk in the Fininfor offices to help start up PetroSaudi.
Obaid and Justo were an unlikely pair, brought together by a love of the high life. Justo, the son of Spanish immigrants to Switzerland, did not go to university. Obaid is a graduate of Georgetown University’s prestigious School of Foreign Service. His brother, Nawaf, served as a special adviser to the Saudi ambassador to the UK. Obaid’s PetroSaudi co-founder, Prince Turki bin Abdullah, is the seventh son of the late King Abdullah bin Abdulaziz, who ruled Saudi Arabia from 2005 until his death in 2015.
When Justo left Geneva in 2009, PetroSaudi was little more than a name on a calling card, formally incorporated in London with an address at an anonymous business unit near Victoria. Two years later, it had taken in $1.83bn.
PetroSaudi’s business was access capitalism: opening doors with the help of friends in high places. The basic idea was to capture a piece of the huge oil revenues being generated by state-owned firms in developing countries – treasure chests waiting to be unlocked by a firm that was a “vehicle of the Saudi royal family”, which could count on the “full support from the kingdom’s diplomatic corps”. PetroSaudi told potential partners that it controlled oil fields in central Asia, which it would put up as collateral to secure cash from state investors. 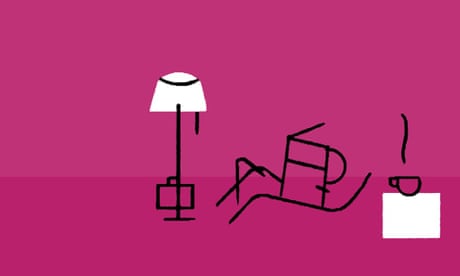 Justo was placed in a cell with 70 other prisoners. The floor was covered with sweat and urine