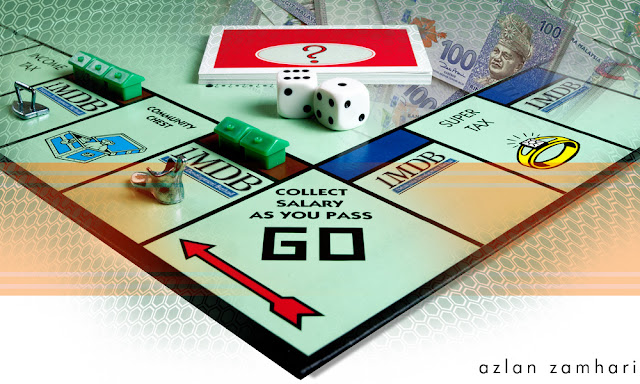 Singapore's central bank is scrutinizing several banks, including UBS (UBSG.S) and DBS Group Holdings (DBSM.SI), to see if they broke anti-money laundering rules in handling transactions linked to scandal-hit Malaysian state fund 1MDB, three people with knowledge of the matter said.
The Monetary Authority of Singapore (MAS) is looking at several aspects of the banks’ operations including whether they were diligent enough in knowing who their customers were and what the source of their funds was, and whether they were particularly careful in screening politically-exposed persons such as government officials, banking and legal sources aware of the review said.
The probe could lead to fines and other penalties if lapses are found, said the sources who declined to be identified due to the sensitivity of the matter. It is unclear which transactions by the banks are being examined.
Switzerland's Falcon Private Bank and Coutts International, which is owned by Geneva-based Union Bancaire Privee, are also among the banks under review, they said.
UBS, Coutts, and DBS, which is Singapore's top lender, all declined to comment.
When asked about the MAS review, a Zurich-based spokesman for Falcon said: "We have transparently shared our view and have nothing to add."
Falcon, which is owned by one of the world’s leading sovereign wealth funds - Abu Dhabi's International Petroleum Investment Company (IPIC) - has previously said it is in contact with Singapore's central bank and cooperating with authorities.
The MAS is in talks with several banks and will make an announcement on any punitive action against them after the review is completed, sources said. The full details are not known at this stage.
Singapore faces pressure to show that banks in the city-state are complying with increasingly tough anti-money laundering rules around the world. While the United States has imposed hefty fines on banks for lapses related to money laundering, tax evasion and international sanctions, Asian regulators have been generally slow to act, some lawyers said.
“It is also important for Singapore to be seen to be taking action against any abuse of its private banking sector for money laundering,” said Nizam Ismail, Singapore-based partner at RHTLaw Taylor Wessing LLP, where he advises clients on financial services regulation and compliance.
An MAS spokeswoman referred Reuters to its statement in March when it had said that "as part of its investigations into possible money-laundering and other offences in Singapore, it has been conducting a thorough review of various transactions as well as fund flows through our banking system."
1MDB referred Reuters to its earlier statements. In May, it had said it hadn’t been contacted by any foreign lawful authority on matters relating to the company, and that it remains committed to fully cooperating with the authorities.
The latest probes follow MAS's decision in late May to close down the operations of Swiss private bank BSI AG in Singapore for serious breaches of anti-money laundering rules, the first time in 32 years it has taken such action against a bank. MAS said then that there had been gross misconduct by some of BSI’s staff and poor management oversight of the bank’s operations.
Though the MAS did not specifically say this related to 1MDB-related transactions, though the Swiss Financial Market Supervisory Authority (FINMA) said at the time that BSI had committed serious breaches of money laundering regulations through business relationships and transactions linked to the corruption scandal surrounding 1MDB.
The MAS also imposed a S$13.3 million ($9.9 million) fine on the bank, and on the same day in May, the Swiss authorities said they would seize 95 million Swiss francs ($97 million) of BSI’s profits.
In response, BSI announced that group CEO Stefano Coduri had stepped down and that it had undertaken steps to strengthen management, including introducing a new chief risk officer and appointing a new group legal counsel.
Malaysian companies and banks linked to 1MDB are at the center of corruption and money laundering probes that have led investigators to look at transactions and financial relationships across the globe - from Malaysia to Singapore and the Seychelles, from Abu Dhabi to offshore companies in the Caribbean, and from the United States to Switzerland.
Probes are being conducted by authorities in the United States, Switzerland, Luxembourg, Singapore, and the United Arab Emirates.
One of the sources said DBS had identified certain questionable financial activities and had voluntarily reported them to the relevant authorities. Reuters couldn’t determine what those activities were.
A Malaysian parliamentary investigation made public earlier this year found that $4.2 billion of 1MDB's money was unaccounted for or went to overseas bank accounts whose owners could not be ascertained.
1MDB was founded by Malaysian Prime Minister Najib Razak in September 2009 to invest in strategic property and energy projects. Najib was the chairman of 1MDB's advisory board until recently.
Malaysia's Attorney-General Mohamed Apandi Ali cleared Najib in January of any corruption or criminal offences. He said that $681 million, deposited into Najib's personal account in March 2013 before a Malaysian general election, was a gift from a member of Saudi Arabia's royal family and most of it was returned.
Najib has repeatedly denied any wrongdoing.
reuters
Lu Fikir La Sendiri!!!
Posted by PUTRA MERDEKA at 12:13 PTG