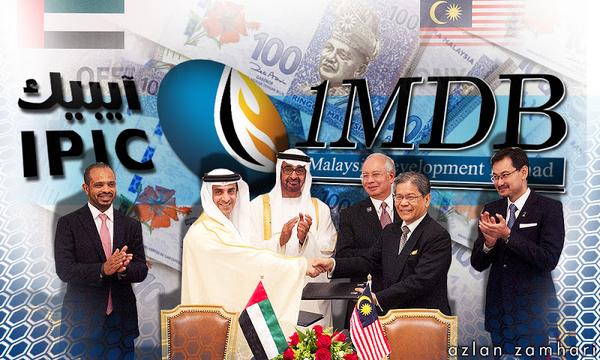 ABU DHABI, April 11 (Reuters) - Abu Dhabi's state-owned International Petroleum Investment Company (IPIC) on Monday said neither itself nor its unit Aabar Investments PJS have any links to a British Virgin Islands-incorporated firm named in a report into the troubles at Malaysian state fund 1MDB.
"Both IPIC and Aabar confirm that Aabar BVI was not an entity within either corporate group," IPIC said in a statement on the London Stock Exchange, referring to Aabar Investments PJS Limited (Aabar BVI).
"Further, both IPIC and Aabar confirm that neither has received any payments from Aabar BVI nor has IPIC or Aabar assumed any liabilities on behalf of Aabar BVI," the statement added, noting that according to publicly available records, Aabar BVI was wound up and dissolved in June 2015.
IPIC has close business links to Malaysia's scandal-hit state fund 1MDB, which is at the centre of corruption and money-laundering investigations across multiple jurisdictions.
A Malaysian parliamentary report into 1MDB said last week billions of dollars in unexplained payments were paid to a company called "Aabar Investments PJS Ltd (Aabar Ltd)" in 2012 without board approval.
(Reporting by Stanley Carvalho; Editing by David French)
sumber
Hanyir bro..!
Lu Fikir La Sendiri!!!
Posted by PUTRA MERDEKA at 11:19 PG