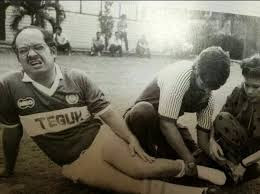 Kuala Lumpur is facing intensifying international pressure after Swiss authorities said former officials at an Abu Dhabi sovereign fund were being investigated over suspected crimes linked to 1MDB, Malaysia’s state investment fund.
The Swiss attorney-general also said in a statement on Tuesday that a portion of funds allegedly misappropriated from 1MDB appeared to have been diverted to a “company related to the motion picture industry”.
The Swiss intervention marks a widening of the probe by global regulators into a scandal that has rocked Malaysia, Southeast Asia’s third-biggest economy. It is the first time the authorities have said publicly that individuals from outside the country are under investigation in connection with the affair, in which critics allege the fund has been used as a vehicle to steal vast sums of state money.
Najib Razak, Malaysia’s prime minister, who heads 1MDB’s advisory board and oversaw its creation in 2009, is not a target of the Swiss investigation. But the broadening probe raises fresh questions about official oversight of the fund.
Swiss authorities say they have found “serious indications” that about $4bn has been misappropriated from Malaysian state companies. Meanwhile, Mr Najib has battled allegations over $681m transferred into his personal bank account which critics allege is linked to 1MDB. Both Mr Najib and 1MDB deny any wrongdoing and the premier has been cleared by Malaysia’s attorney-general.
The Swiss attorney-general said on Tuesday that the two former officials with responsibility for Abu Dhabi sovereign funds were under investigation for fraud, criminal mismanagement, misconduct in public office, forgery of a document, bribery of foreign public officials and money laundering.
The Swiss proceedings relate to a $1.4bn payment from 1MDB as collateral for a pair of 2012 bond issues guaranteed by Abu Dhabi’s International Petroleum Investment Company (Ipic).
The office of the Swiss attorney-general said it suspected that the amounts paid in connection with the guarantee did not go to the Abu Dhabi sovereign fund.
“To the contrary, these funds would have benefited others, particularly [the] two public officials concerned as well as a company related to the motion picture industry,” the statement said. “A former 1MDB body already indicted in the Swiss proceedings has also benefited from these amounts.”
1MDB has previously denied media reports that it provided funds to finance The Wolf of Wall Street, the Martin Scorsese film starring Leonardo DiCaprio as fraudster Jordan Belfort. The film was produced by Red Granite Pictures in the US, whose co-founder is Riza Aziz, stepson of the Malaysian prime minister.
US authorities are investigating whether the source of funding of Red Granite is linked to 1MDB. They are examining multiple shell companies that link to the movie studio.
A Red Granite spokesperson said the company was responding to “all inquiries and co-operating fully”.
“There has never been anything inappropriate about any of Red Granite Pictures or Riza Aziz’s business activities. What they have done and will continue to do is develop and produce successful and acclaimed movies that have generated more than $825m in worldwide box office revenues,” the spokesperson said.
Ipic and its Aabar subsidiary issued a London Stock Exchange statement on Monday in which they denied ownership of Aabar Investments PJS Ltd, a company that received billions of dollars in payments from 1MDB.
Ipic and Aabar said in the filing that they were aware of reports that “substantial payments” were made to that company, which is incorporated in the British Virgin Islands. They also said they had received no payments from the company and received no liabilities on its behalf.
Khadem al-Qubaisi, Ipic’s managing director, and Mohamed Badawy al-Husseiny, chief executive of Aabar, both left their posts last year.
People familiar with the matter say the United Arab Emirates central bank has ordered financial institutions to freeze both men’s assets and the two have been placed under effective house arrest, with their passports confiscated — a common tactic during investigations into alleged financial irregularities. The men could not be reached for comment on Tuesday.
A report by Malaysia’s public accounts committee said last week that $3.5bn in payments from 1MDB to Aabar Investments PJS Ltd had not been accounted for, including the $1.4bn collateral payment.
Swiss authorities said they had issued two new requests for mutual legal assistance, to Luxembourg and Singapore, as part of the criminal proceedings. The authorities’ statement said: “As for any defendant, the two Emirati public officials . . . are presumed innocent.”
In a statement on Monday, 1MDB said its company records showed documentary evidence of the ownership of Aabar Investments PJS Ltd and of the payments that had been made. The statement did not identify the owner of the British Virgin Islands company.
The Malaysian fund said the payments were made to Aabar Investments PJS Ltd in accordance with legal agreements negotiated with Mr Qubaisi and Mr Husseiny. The 1MDB statement said: “It is, therefore, a surprising claim that neither Ipic nor Aabar have knowledge of, nor have benefited from, payments made by 1MDB to Aabar BVI.”
On Tuesday, 1MDB referred to its previous statement in response to inquiries.
Last August, Swiss authorities opened criminal proceedings against two former 1MDB officials on suspicion of bribery of foreign public officials, misconduct in public office, money laundering and criminal mismanagement.
Additional reporting by Simeon Kerr in Dubai and Kara Scannell in New York
sumber
Purak purak pengsan..!
Lu Fikir La Sendiri!!! 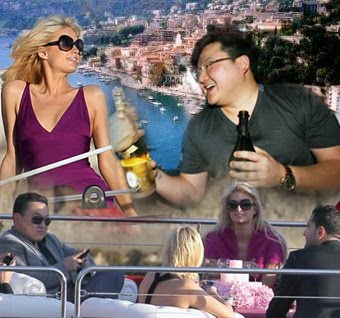