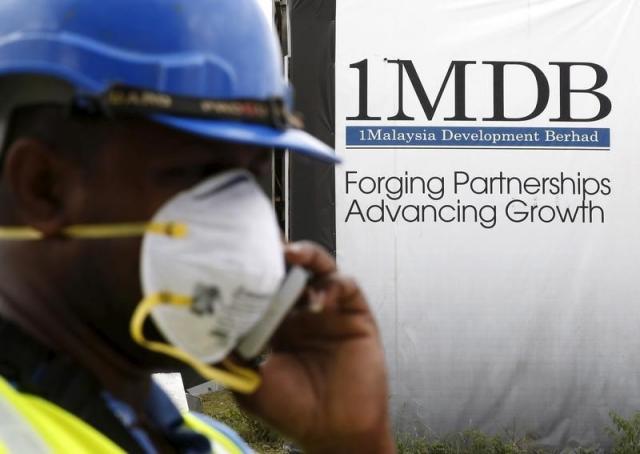 ABU DHABI/KUALA LUMPUR (Reuters) - The mystery over who controlled a British Virgin Islands-registered company that received $3.5 billion from Malaysia’s scandal-tainted state fund 1MDB deepened on Monday when a company in the Middle East with an almost identical name said the BVI firm did not belong to it.
Abu Dhabi's sovereign wealth fund, International Petroleum Investment Co (IPIC), and its subsidiary Aabar Investments PJS said in a joint statement the BVI firm with an almost identical name, Aabar Investments PJS Ltd, “was not an entity within either corporate group.”
They had neither received any payments from the BVI company, which was wound up last June, nor assumed any liabilities on its behalf, the statement said.
A Malaysian parliamentary committee investigating 1MDB said in a report released on Thursday that the Malaysian sovereign fund sent a total of $3.5 billion to "Aabar BVI".
What happened to the money after it went to the British Virgin Islands could not be determined, the report said.
The 1MDB fund is solely owned by the Ministry of Finance. Malaysian Prime Minister Najib Razak, who is also finance minister, was authorized to sign off on the fund's major transactions, according to the parliamentary report. Najib has consistently denied any wrongdoing.
The 1MDB transfers to "Aabar BVI" included about $1.4 billion from a privately placed bond that Goldman Sachs (GS.N) raised in 2012. The 1MDB fund also made payments of $855 million, $993 million and $295 million as security deposits and other guarantees for the bond to the BVI firm, the report said.
In response to IPIC's statement, 1MDB said it was surprised that neither IPIC nor Aabar had any knowledge of payments 1MDB made to Aabar BVI.
The IMDB fund says its records show documentary evidence of the ownership of Aabar BVI and of each payment made. The statement did not say what that ownership was.
sumber
Apa ada kisah? macai ada..! pembersih@penyuci ada..! pemakan dedak tegar ada..!
Tapi..ada ke masa?
Kerana masa akan tiba beb..!
Lu FIkir La Sendiri!!!
Posted by PUTRA MERDEKA at 3:19 PTG