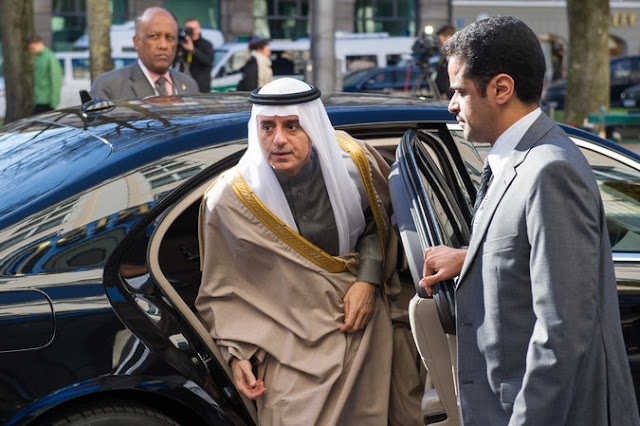 How did $681 million end up being deposited in the personal bank account of Malaysia’s prime minister, Najib Razak, last year?
Not in any corrupt way, officials insist.
Saudi Arabia’s foreign minister said on Thursday that an unspecified Saudi source had given a large sum of money as a “genuine donation” with no obligations attached. He joined top Malaysian leaders in waving away any suggestion of scandal.
For those who have never had fortunes deposited into their personal bank accounts with no obligations attached, this may sound suspicious. Indeed, Mr. Najib has been subject to fierce international scrutiny, including a United States Justice Department investigation, as he continues to deny any wrongdoing.

In July, news reports accused Mr. Najib of putting the huge sum in his own accounts. Critics calling for him to step down charged that at least some of the money had been criminally channeled from the 1 Malaysia Development Board, a government fund set up by Mr. Najib. More recently, Swiss investigators have said it appeared that about $4 billion had been misappropriated from Malaysian state companies.
Efforts to investigate the brewing scandal were met with stiff resistance. The government halted investigators, suspended a news organization and fired a deputy prime minister who was asking questions.
In January, Malaysia’s attorney general, Mohamed Apandi Ali, who was appointed by Mr. Najib, cleared Mr. Najib of any misconduct.
“I am satisfied that there was no evidence to show that the donation was a form of gratification given corruptly,” Mr. Apandi said in a statement.
Officials eager to put the flap behind them have considered the attorney general’s investigation the final word.
“It is a genuine donation with nothing expected in return,” the Saudi foreign minister, Adel al-Jubeir, told reporters in Istanbul on Thursday. “And we are also fully aware that the attorney general of Malaysia has thoroughly investigated the matter and found no wrongdoing. So, as far as we are concerned, the matter is closed.”

There hasn’t been much of one. In January, the attorney general said that the money was a personal donation from the Saudi royal family and that Mr. Najib had returned $620 million “because the sum was not utilized.”
No reason has been given for why the Saudi royal family would send the prime minister $681 million, or what the prime minister did with the $61 million that was not returned.
Until Mr. Jubeir’s comments Thursday, no Saudi official had said that the entire amount was a donation from a source in Saudi Arabia. The foreign minister did not identify the donor or the purpose of the gift, or confirm that most of the money had been returned.
In an interview in February, Mr. Jubeir gave a somewhat different explanation.
“It is a private Saudi citizen, I believe, and the funds went to an investment in Malaysia,” he said then.

Mr. Najib’s office, which has tried without success to put the controversy to rest, issued a statement on Friday welcoming Mr. Jubeir’s comments.
“This confirms what the prime minister maintained all along, and what multiple lawful authorities concluded after exhaustive investigations: The funds were a donation from Saudi Arabia,” said Mr. Najib’s press secretary, Tengku Sariffuddin.
But Mr. Najib’s opponents said they had found Mr. Jubeir’s most recent statement unconvincing.
In August, thousands of demonstrators gathered in Kuala Lumpur, defying police orders, in anger at Mr. Najib. Not buying the official explanation for the large cash transfer, one held a sign that read, “You really think we are stupid?”
nytimes
Tak malu ke?
Lu Fikir La Sendiri!!!
Posted by PUTRA MERDEKA at 7:09 PG