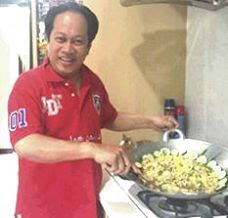 People in power should stop saying "stupid things" in order to help the economy, said CIMB Group chairperson Nazir Razak.
In a posting on Instagram today, Nazir posted a photograph of to describe a bearish stock market and asked if the bull run was dead.
"Dead or wounded? China will determine. But a new normal (of relative values) will prevail for most emerging markets. Accept and adjust quickly.
"Meanwhile, capital is super sensitive; bad news & bad signs amplified, so 'power' people must avoid saying stupid things," he wrote.
Nazir's comments come in the wake of the record 1,000 point Dow Jones Industrial Average plunge on Monday and new record lows set by the ringgit against the US dollar.
The poor global economy has been blamed on China's economic slowdown.
Locally, there is concern over the effects of the continued depreciation of the ringgit against major currencies.
On Monday, the ringgit breached the RM3 mark to SG$1, a new low.
Posted by PUTRA MERDEKA at 12:19 PG