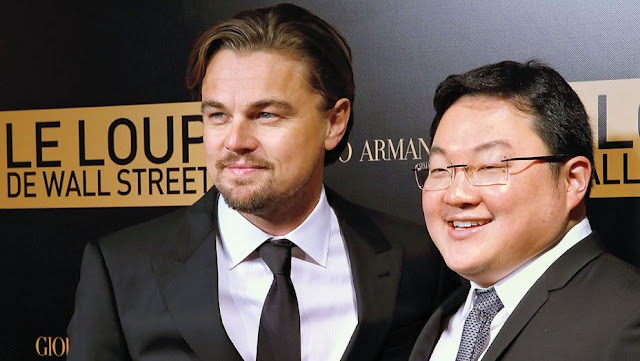 Save Rivers, which is active in Malaysia, and Ambiga Sreenevasan, recipient of the U.S. International Women of Courage Award, are the latest to speak out about money linked to a corruption scandal.

Leonardo DiCaprio dropped by the Toronto International Film Festival on Saturday to present the world premiere of his latest environmental doc Before the Flood, directed by Fisher Stevens, to a packed audience at the Princess of Wales theater.
The film, which follows the Oscar-winning U.N. Messenger for Peace around the world as he sees the devastating effects of climate change firsthand, was warmly received, The Hollywood Reporter's John DeFore describing it as "well-intentioned," noting the special access available to its star, who speaks to John Kerry, Barack Obama and Pope Francis.
But the very same day Before the Flood bowed at TIFF, another charity added its voice to a growing list of organizations and activists criticizing DiCaprio's association with individuals connected to a major corruption scandal and called on him to return millions of dollars in donations made to his environmental charity.
DiCaprio has been the focus of intense scrutiny over the past two months after he appeared as "Hollywood Actor 1" in a major Justice Department filing relating to a billion-dollar money-laundering scandal involving controversial businessman Jho Low and Riza Aziz, stepson of the Malaysian prime minister and co-founder of Red Granite Pictures, which produced The Wolf of Wall Street, allegedly with money diverted from Malaysia's 1MDB sovereign wealth fund.
The actor is also alleged to have accepted donations originating from 1MDB to his environmental charity, the Leonardo DiCaprio Foundation, the focus of an exposé in THRquestioning its ties to the scandal and lack of transparency.
"In keeping the ill-gotten money, the Leonardo DiCaprio Foundation is acting in complete contradiction to its mission statement, which is to be 'dedicated to the long-term health and wellbeing of all Earths inhabitants ... while restoring balance to threatened ecosystems and communities,'" said Peter Kallang of Save Rivers, a grassroots network of indigenous communities and organizations that has been working to protect human rights and halt the construction of damns in the Malaysian state of Sarawak. "The money should thus be returned to the people of Malaysia to stop the massive destruction to the environment and ecosystem from land developments and pollution."

Leonardo DiCaprio, the Malaysian Money Scandal and His "Unusual" Foundation

Kallang argues that the billion dollars of debt stemming from the 1MDB scandal — "not only a case of embezzlement but stealing from the poor" — will be borne by the Malaysian taxpayers. "The money could have been put into good use for bringing infrastructure to the neglected part of the country like the East Malaysian states of Sabah and Sarawak."
Meanwhile, Ambiga Sreenevasan, a prominent Malaysian lawyer and human rights advocate who in 2009 was honored by then-Secretary of State Hillary Clinton with the U.S. International Women of Courage Award, also spoke out.
"Imagine our shock — and embarrassment — to learn that a man whom we admire and respect is connected with the heist of the decade that has undermined the [Malaysian] people in so many ways," she wrote in an open letter to DiCaprio on Monday. "We know that apart from being a wonderful actor, you are deeply concerned about humanitarian and social issues. How then can you remain silent in the face of this travesty?"
Sreenevasan pointed to the economic fallout from the 1MDB scandal, including major budget cuts to essential services such as hospitals and educational establishments, the reduction in student scholarships, and a drop in the value of the local currency.
"The 1MDB debt is so huge that our children and grandchildren will be stuck paying for it. How anyone could have used the people’s money in a manner that benefited themselves and burdened the people, is truly beyond me," she wrote, also calling on DiCaprio to return monies to the Malaysian people "so that it may go some way towards compensating them for this massive fraud that has been perpetrated upon them."
The demands from Save Rivers and Sreenevasan come just weeks after the Bruno Manser Funds, a rainforest charity working in Sarawak, became the first to openly urge DiCaprio to return donations made to his foundation connected to 1MDB and also his Wolf of Wall Streetearnings.
DiCaprio's director in Before the Flood, however, defended his actions. Speaking to THR, Fisher Stevens said that there was simply "an unsavory character in there who donated some money," claiming that "Leo did nothing wrong."
In Before the Flood, DiCaprio visits the rainforests of Sumatra in Indonesia, left devastated after being burned down to make room for palm oil manufacturing.
In Malaysia, the world's second-biggest producer of palm oil, many have directly linked the 1MDB scandal with rainforest deforestation.
"I urge you to come to Malaysia. We are close to Indonesia, where your foundation is doing some work. See for yourself if what I am saying is true," added Sreenevasan. "Check out how massive corruption has destroyed so much in our country, including our precious rainforests. Get to know us so that you understand why keeping even one cent of money connected with 1MDB would be immoral and completely unacceptable." 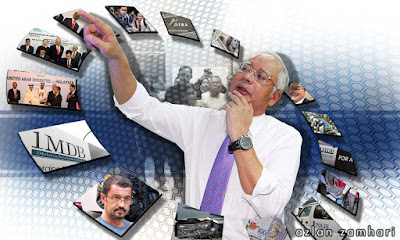