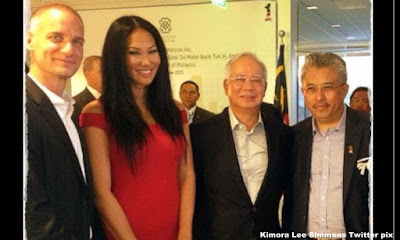 Tim Leissner, a Goldman Sachs banker linked to 1MDB deals, has left the firm.
Leissner, who was reportedly part of the 1MDB deal that earned the bank high fees, left earlier this month, Bloomberg reported.
The firm’s spokesperson said Leissner, who was based in Asia, moved to the US last year, but declined to elaborate further.
He is married to celebrity Kimora Lee Simmons, who has been photographed hobnobbing with Prime Minister Najib Abdul Razak and his wife Rosmah Mansor on various occasions.
The Wall Street Journal reported that Leissner started focusing on Malaysia in 2002, and developed a strong stable of clients.
He was introduced to the Sarawak leadership by fellow Goldman banker and Malaysian Roger Ng and inked a deal with the state on commodity exports in 2006, WSJ reported, citing sources familiar with Leissner.
Ng was also connected to politicians from Terengganu, the state that hired Goldman to consult on the creation of its sovereign wealth fund Terengganu Investment Authority, it reported.
TIA was later taken over by the federal government and rebranded as 1MDB.