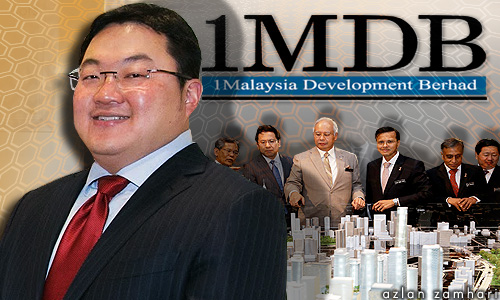 The FBI are reportedly investigating Goldman Sachs regional chairman
Tim Leissner's connections to Malaysian Prime Minister Najib Razak,
who is allegedly involved in a massive multi-million dollar scandal.
Leissner, the Singapore-based chairman of Goldman's Southeast Asia
operations, has returned to the US and is thought to be taking time off from
his role as pressure for the Malaysian PM increased.

High-flying banker Leissner, 45, is married to Kimora Lee Simmons,
the former wife of hip-hop mogul Russell Simmons, and now lives in
California. According to reports in the US Simmons has connections to the
Malaysian PM's wife.
As for the embattled Razak, the 1MDB scandal is being investigated by the
Malaysian government who want to know why $681m (£470m) was
transferred into his bank account by Saudi Arabia. Authorities in France and
the UK are looking at 1Malaysia Development Bhd for financial irregularities.
The fund was started in 2009 to bolster Malaysia's coffers and turn the capital,
Kuala Lumpur, into an economic hub but critics say that the fund lacks
transparency and took on too much debt. In early 2015, it missed $11bn (£7.5bn)
of payments it owed to banks and bondholders.
When the Wall Street Journal disclosed that $618m (£426m) was transferred
from the fund into Najib's personal bank account a scandal erupted, forcing
the prime minister to claim that the money had been a donation from the
Saudis, which was latterly confirmed after an investigation by
Malaysia's anti-corruption commission.
The New York Post claimed that the FBI were reportedly investigating all the
fund's transactions in with wider probes of money-laundering allegations
spanning five countries. And the investigation could lead Goldman to face a
congressional inquiry. The bank declined to comment to the newspaper.
The sum of three bond sales for 1MDB back in 2012 and 2013, which amount to
$6.5bn (£448m), reportedly yielded fees, commissions and expenses for
Goldman of almost $593m (£586m) amounting to 9.1% of the money raised
– the typical cut for an investment bank is about 5%.
"If it exceeds the limit Malaysia sets for investment managers of a fund,
then Goldman will have to deal with some negative kickback from Malaysia,
" said Dick Bove, a bank industry analyst at Rafferty Capital Markets.

More about the 1MDB scandal