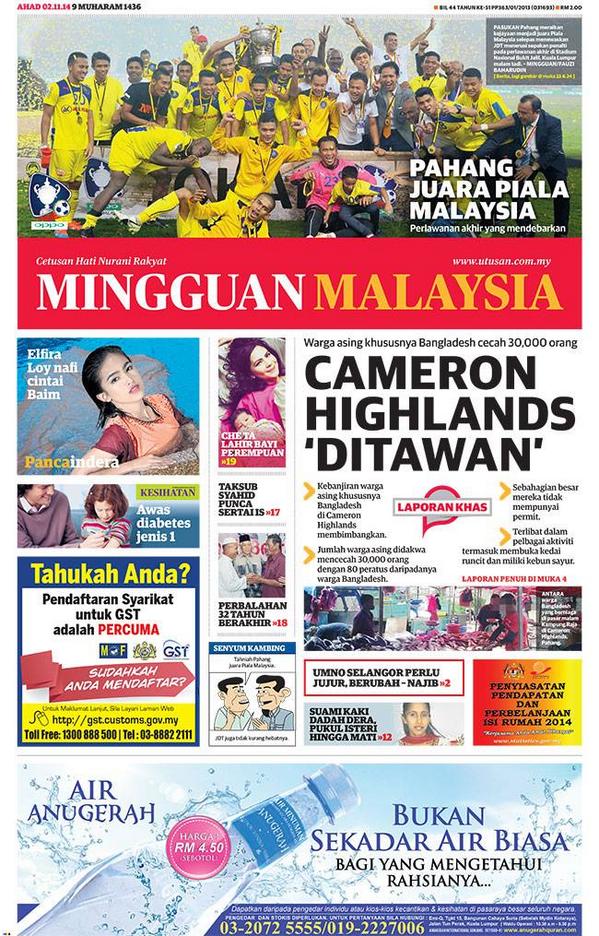 7 hrs ·
Admin kongsikan lawak yang tersebar dlm whatapss. Semoga terhibur.
President Obama and Najib were shown a time machine which can see 52 years into the future. They both decide to test it by asking a question each
Obama:
What will the USA be like in 52 years? The machine gives a printout which reads:
The country is in good hands under the new President, José Fernandez.... crime is non-existent, there is no conflict, the economy is healthy. Vice President Jin Tao has declared Chinese language mandatory in all USA schools. There are no worries.
Najib :
What will Malaysia be like in 52 years time?
The machine gives a printout. He just stares at it.
Obama: Tell me what it says?
Najib: I cant read it. Its in Bangladesh language....