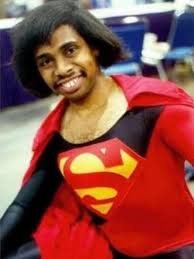 Apandi came, delivered and left – like a quick breeze

PUTRAJAYA: A lot has happened since Tan Sri Mohd Apandi Ali took over as Attorney-General in July and there was a buzz when his office informed the media that he was holding a press conference, his first since taking office.
Prior to this, Mohd Apandi’s communication with the media was largely restricted to the issuance of press statements from the Attorney-General’s Chambers (AGC).
The latest statement cleared 1Malaysia Development Bhd of any wrongdoing despite Bank Negara’s recommendation.
There has been much interest in Mohd Apandi, 65, who was plucked from the Federal Court to replace Tan Sri Abdul Gani Patail, who was abruptly relieved of his position just months before his retirement.
At the time, Abdul Gani was a member of the special task force mandated to investigate the various allegations involving 1MDB.
So, it was no surprise that there was a large media presence at his office in Putrajaya yesterday. More than 50 journalists, including television crew, milled around the AGC’s lobby.
At 2.40pm, the entourage was ushered to a large conference room on the 11th floor and received the bad news – there would be no question and answer session.
An officer from the AGC made the announcement even as camera crews were busy setting up their equipment.
It was a real letdown; many had made the trip to Putrajaya to question Mohd Apandi on many issues, particularly the AGC’s decision on 1MDB and the recent arrests of Umno man Datuk Seri Khairuddin Abu Hassan and his lawyer Matthias Chang under the Security Offences (Special Measures) Act (Sosma).
A few minutes later, Mohd Apandi walked in, flanked by his officers. Among them was Deputy Solicitor General II Datuk Tun Abdul Majid Tun Hamzah.
The A-G sportingly posed for photographs and sat down. He was quick with his greetings and got straight down to business, reading out two press releases to reporters on 1MDB and Sosma.
On Sosma, Mohd Apandi stressed Khairuddin and Chang were not charged in court on Monday under Sosma but Section 124L of Penal Code, which is a security offence nevertheless.
He added that Sosma covered all security offences and was not limited to terrorism and terrorists.
Mohd Apandi took 18 minutes to read the two three-page statements. With clock-like precision, Mohd Apandi and his entourage then excused themselves and walked out.
The officer-in-charge reminded the media that there was no question and answer session and told reporters they could collect the statements outside the conference room.
With that, Mohd Apandi’s first “press conference” as Attorney-General ended.
thestar.
Baik hantar budak pejabat jer..!
Lu Fikir La Sendiri!!!
Posted by PUTRA MERDEKA at 9:39 PTG