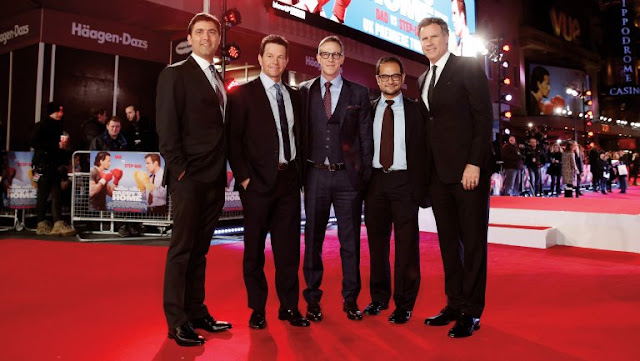 A putative class action alleges that Riza Aziz and Joey McFarland knew the company's money was derived from illegal activity.

Red Granite Pictures, currently under a cloud thanks to an ongoing federal investigation as well as asset forfeiture actions, will now be in court directly with Malaysian citizens.

On Thursday, a putative class action lawsuit was filed in New York federal court. Matthias Chang, a former political secretaryin the country, and Husa Musa, currently a state assembly member, is leading a racketeering lawsuit against Red Granite, its principles Riza Aziz and Joey McFarland, as well as others like Low Jho and Goldman Sachs Group being tied to the alleged misappropriation of assets once held by Malaysia's sovereign wealth fund, 1Malaysia Development Berdhard (1MDB).
The complaint (read here) echoes many of the allegations brought by the U.S. government in its attempt to seize more than $1 billion in allegedly diverted assets including rights and profits to the Red Granite-financed, Oscar-nominated film, The Wolf of Wall Street, directed by Martin Scorsese.
At the time of the Justice Department's July 20 move, Red Granite stated, "To Red Granite’s knowledge, none of the funding it received four years ago was in any way illegitimate and there is nothing in today’s civil lawsuit claiming that Red Granite knew otherwise."
The latest lawsuit claims that the defendants did indeed have knowledge that the money was tied to Malaysia. The complaint states directly that Red Granite and its principals — plus Debra Whelan Johnson, a former managing director at the powerhouse accounting firm Nigro Karlin — had "knowledge that the property involved represented the proceeds of illegal activity."
The 1MDB fund was created in 2009 by Malaysia Prime Minister Najib Razak, the stepfather of Red Granite CEO Aziz. The misappropriation of the money allegedly happened via shell companies around the globe and a Goldman bond underwriting. Low is said to be a central figure in the diversion of 1MDB capital and the complaint again raises the way everything flowed into the United States to fund luxury items like yachts, artwork, jewelry and a blockbuster film.
After attempting to trace the complicated transactions, the Malysian plaintiffs go a bit further than the U.S. government does in talking what Aziz and Low did with the money. For example, the complaint states that "in an effort to divert attention from his business deals and lavish spending, Jho Low also publicized his charitable donations."
The lawsuit also appears to go beyond Wolf of Wall Street with allegations that ill-gotten money went to — plural — "productions," plus "sumptuous parties featuring celebrities."
The complaint picks up on news reports how Red Granite's office includes a 1927 Metropolis movie poster worth more than $1 million and that the company threw a birthday party for Leonardo DiCaprio, spending more than a million dollars on alcohol, plus a gift to him of Marlon Brando's 1955 Academy Award statuette.
"Neither the party nor the gift to DiCaprio benefitted 1MDB in any way," states the complaint. "Rather, Defendants gave the gift to curry favor with DiCaprio and burnish their celebrity credentials."
DiCaprio is not a defendant, but the lawsuit also cites a Wall Street Journal story to say that he, Aziz and Low "used funds misappropriated from 1MDB to attend the World Cup in Brazil."
The U.S. government for now is focused on specific assets, but this lawsuit with claims of fraud, conversion and racketeering, demands disgorgement of profits, trebled damages, punitive damages and costs.
Red Granite declined comment about the new lawsuit. The company has retained Boies Schiller partner Matthew Schwartz, who formerly worked in the Justice Department and prosecuted Bernie Madoff.
In a statement, Goldman Sachs responds it "received no proceeds of the offerings. We intend to vigorously contest plaintiffs' misguided decision to include the firm as a defendant."
sumber
Lantak mike la yop..!
Lu Fikir La Sendiri!!!
Posted by PUTRA MERDEKA at 12:19 PTG