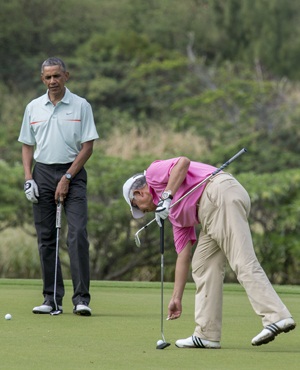 1. The outgoing President of the U.S., HE Mr Obama, made his last speech on foreign soil at the Lima Convention Centre, in Peru on Nov 20, 2016.

2. Najib Tun Razak managed to have a picture of himself shaking hands with his golf partner, President Obama at the conference. The Malaysian controlled media showed this picture proudly.

3. The suggestion is that despite the US Dept. of Justice openly implicating Najib (referred to as Malaysian Official 1) in the fraudulent siphoning of billions of dollars of 1MDB money into his account, the President of the U.S still regard Najib as his friend or at least golf partner.

4. The White House has issued the text of the farewell speech by Obama at the press conference in Peru which covers the U.S position and policies worldwide. (read text here)

5. That long speech includes the following “And so what I would say would be that we all share responsibilities for improving that order and maintaining it, and making sure it’s more inclusive, and deliver great hope and prosperity for more corners of the world. We all have responsibilities – every nation – in respecting the dignity and worth of their citizens. And America can’t do it all for everybody else. There are limits to our reach into other countries if they’re determined to oppress their people, or not provide with education, or siphon all development funds into Swiss bank accounts because they are corrupt. We’re not going to be able to handle every problem.”

6. Najib was there. He must have heard it. He must know Obama was referring to him. I am sure he would still have that fixed smile on his face. He does not know about being ashamed. He probably thought Obama was praising him just as he thought the Bersih massive demo was not well attended.

7. He will now go to shake hands with President elect Donald Trump – another golf partner.

N.B: Obama is right when he says “there are limits to our reach into other countries.”

But the money laundering of 1MDB money was done in the United States of America. Najib’s stepson, Riza Aziz and his friend Jho Low bought landed properties, paintings and financed the film “The Wolf of Wall Street”, using American dollars and American banks in America with money belonging to 1MDB.
It is the Department of Justice of the U.S. which reported all these.
chedet 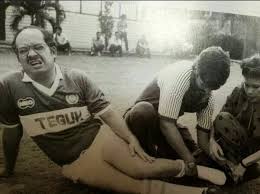